Arnor Lives! Plus of course some rambling...

With the weather (only slightly) curtailing my wanderings in the Great Outdoors, I have been back at my painting desk feverishly churning through my army of Arnor for Dragon Rampant, plus a couple of units for Angmar. I'm relieved to report that they are now complete! Next year I'll be looking to Rohan and Isengard and the Battle at the Fords of Isen, and then it's on to Mirkwood...

I'm still getting in regular gaming of course- though my tastes (and those of at least one of my gaming groups) are leaning more towards RPGs of late- the ubiquitous D&D (3.5 edition) of course, but also Call of Cthulhu, with the new edition of Warhammer Fantasy Role Play waiting in the wings...
My favourite type of miniature wargaming has always featured strong narrative elements (take Dracula's America, for example!), but I feel that this aspect is dominating my gaming more and more, and will likely become the focus of my miniature collecting/painting going forward- expect more 'stories' rather than 'battle-reports' on here in the future...
On this subject, I recently discovered the fantastic 'Nightfolk' range of miniatures by Northumbrian Tin Soldier- brilliant, whimsical figures with an old-school feel that evoke the influences of my childhood- films like Labyrinth, Dark Crystal, and the art of Brian Froud! Taking advantage of the recent sales, I picked up Sly Ralf's Boys and the Foggy Peak Goblingtons sets- who knows where this will end?

On the game design front I'm tinkering away on a few RPG systems of my own- who knows if they will ever see the light of day beyond my circle of gaming friends, but I'm enjoying the process regardless- and that, my friends, is all that matters!

I'll leave you for now with a few photos of a clash between Arnor and Angmar, somewhere on the North Downs- and as always, apologies for the fuzzy camera-phone photos! I am also thinking of making a more suitable backdrop for my photos- my living-room doesn't quite evoke Middle Earth, does it?! 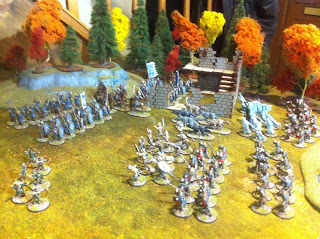 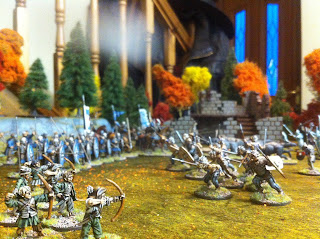 Plucky Hobbit archers harass the barbarians of Carn Dum from the flanks! 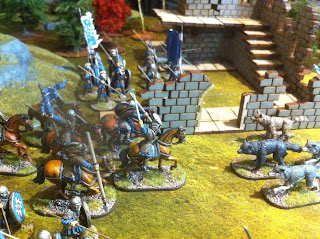 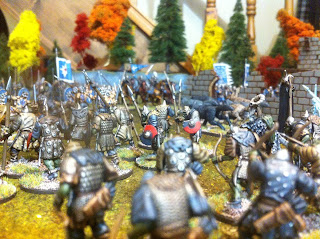 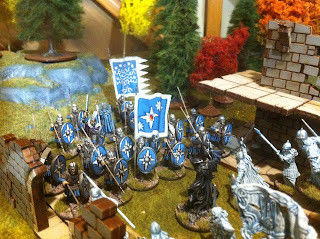 King Arvedui and Malbeth the Seer face down the Witch King himself and his fell spirits.
﻿
at November 30, 2018

Arnor Lives! Plus of course some rambling...

With the weather (only slightly) curtailing my wanderings in the Great Outdoors, I have been back at my painting desk feverishly churning th...